The Cal Poly DX Hub (powered by AWS) worked with California State University Maritime (Cal Maritime) to explore new technologies that could potentially expand their remote, ship-based data center by experimenting with an edge computing device.  The idea was to build a proof of concept that would allow them to deploy a Learning Management System (LMS) so students and faculty can continue their studies while training at sea. The team piloted the concept of using an AWS Snowball Edge to augment the existing ship based on-premises virtualized software solution.  This on ship system typically takes up to three months each year to build and support the remote learning environment. The pilot solution, however, takes days to setup and hours to back-up their work to a cloud environment once back on shore. Administrators would only pay for the solution for the time it’s in use at sea rather than buying permanent equipment that needs to be continuously updated and refreshed. 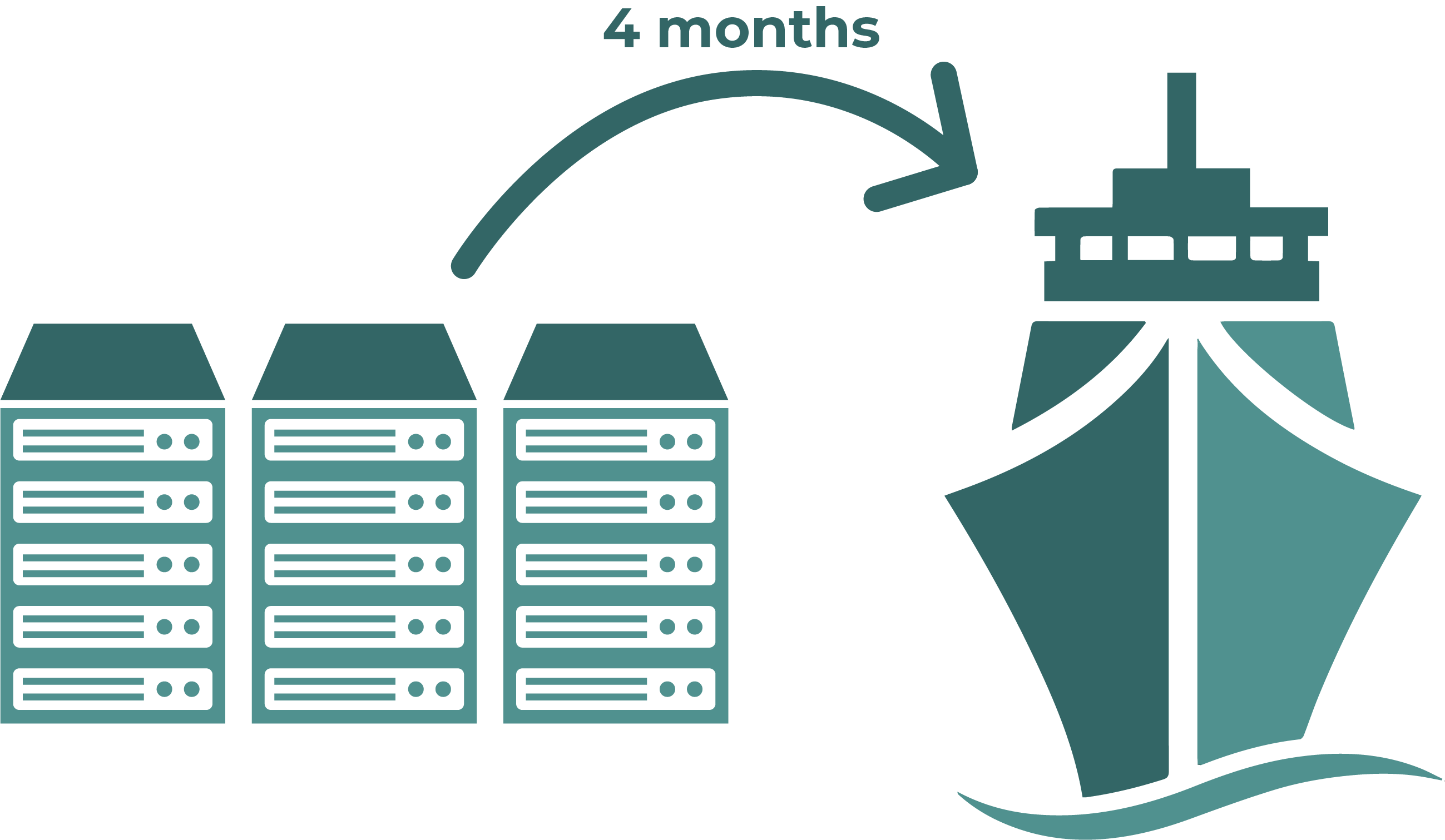 A key part of the Cal Maritime experience is the annual training cruise aboard a 500-foot training ship, the ‘Golden Bear’ to learn the ins and outs of running and maintaining a ship. While aboard, students are required to continue with their classes. This requires a remote virtual learning solution that includes Cal Maritime’s LMS and access to on-ship email. Currently, Cal Maritime acquires servers and installs virtualization software to mimic their on-premises computation environment to run the LMS and other critical systems. An LMS is a commonly used software application that allows instructors to deliver a digital version of educational coursework. Configuration and setup can be costly and time intensive often required up to three months of work to prep. These systems typically support user authentication, directory services and Domain Name Services. Additionally, as with any on-premises hardware solutions, the hardware must be acquired once, and then new hardware purchased again on a re-occurring basis to maintain functional hardware and software but also so to keep up with the pace of technology innovation. Since the ship is not used year-round this is not an efficient use of this hardware. 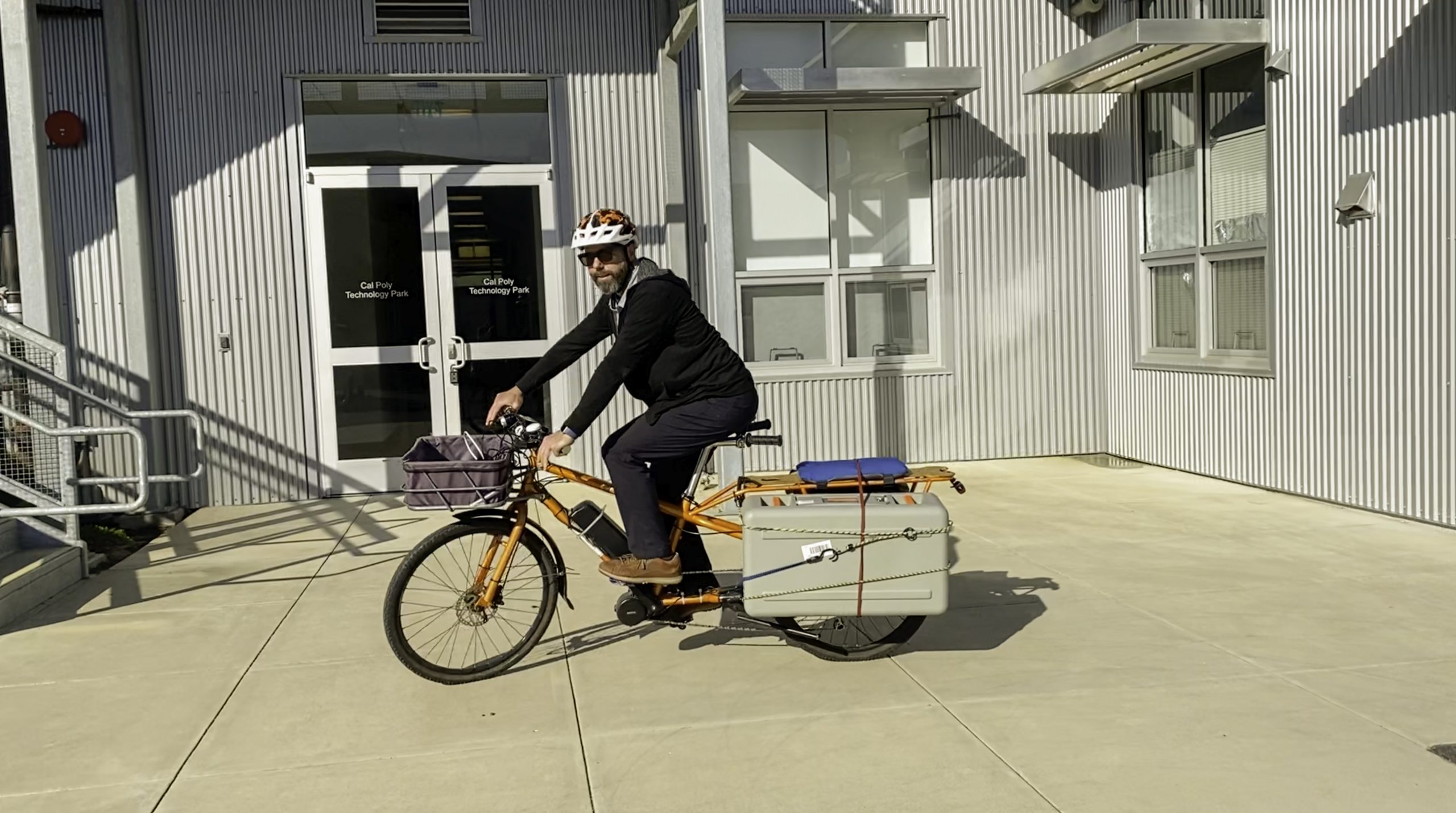 With these needs in mind, the DX Hub and Cal Maritime looked to deploy a cloud compatible edge computation device to explore the possibility of reducing their cost and time to implementation. The team opted to try a novel approach with the AWS Snowball Edge device which is typically used for large scale data migrations and edge compute storage. In this case, the team created an Amazon Machine Image (AMI), or a virtual computer instance, and deployed it onto the device. The AMI tapped into the AWS Snowball Edge’s compute hardware and with slight modification ran seamlessly on the device as if it were running in the actual AWS cloud back on shore with a full internet connection. Once back at shore, the data could be synced back to the Cal Maritime’s cloud environment where the LMS is updated to reflect all of the coursework that was done at sea in the disconnected environment. An additional benefit is that the Snowball Edge can be rented by the day and returned once usage is complete allowing Cal Maritime to avoid the need to purchase permanent hardware that will become out of date within 2 years.

The DX Hub team demonstrated the solution during an annual meeting of Chief Information Officers (CIO’s) of the California State System (CSU). The Snowball Edge was placed on the back of a bicycle and brought to the meeting, where it was powered up to demonstrate the portable, disconnected nature of the solution. The demonstration included running the LMS directly from the Snowball Edge while disconnected from the campus internet. 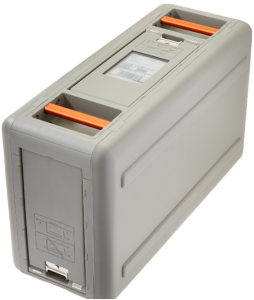 Universities nationwide are evaluating how they can use cloud and cloud compatible edge technology. Another valuable use-case for devices like the AWS Snowball Edge are to enable rapid and recurring data center backups of critical information. The device can hold up to 100TB of data which can back up critical systems and data for future restoration in the event of disasters.  Some examples include ransomware attacks or more directly the 2019 fire that threatened and nearly destroyed Cal Maritime’s data center. Having an additional back-up in the cloud itself can greatly reduce a universities vulnerability to a single point of failure when relying on an on-premises only approach.

Cal Poly’s Digital Transformation Hub (DxHub) was one of the earliest collaborations between Amazon Web Services (AWS) and an educational institution focused on innovation and digital transformation. While providing students with real-world learning experiences, the DxHub applies proven innovation methodologies in combination with the deep subject matter expertise of the public sector and the technical expertise of AWS to solve challenging problems in ways not contemplated before. For more information, visit dxhub.calpoly.edu.