The City of Santa Monica launched a pilot program to deploy dockless e-scooters throughout the city. The word “dockless” is used to describe these e-scooters, because they can be rented from the convenience of a smartphone and be returned anywhere within city limits. Dockless e-scooters are commonly found on sidewalks, near businesses, in bushes, or other random locations. While they are wildly popular and represent a key element of Santa Monica’s mobility and climate strategy, they have also become a source of numerous complaints from the public. Despite the city’s efforts to prevent the riding of scooters on sidewalks through the implementation of signage, infrastructure, public education, and outreach campaigns, it is still one of the most prevalent issues being combatted by city officials. In the interest of building knowledge, understanding the realm of technological possibility, and identifying potential future actions, Santa Monica approached the California Polytechnic State University’s Digital Transformation Hub (DxHub) powered by Amazon Web Services, with a desire to eliminate dockless e-scooter sidewalk riding entirely. This challenge ultimately was divided into two parts, the first of which quantified the problem and the second highlighted methods to mitigate the issue. 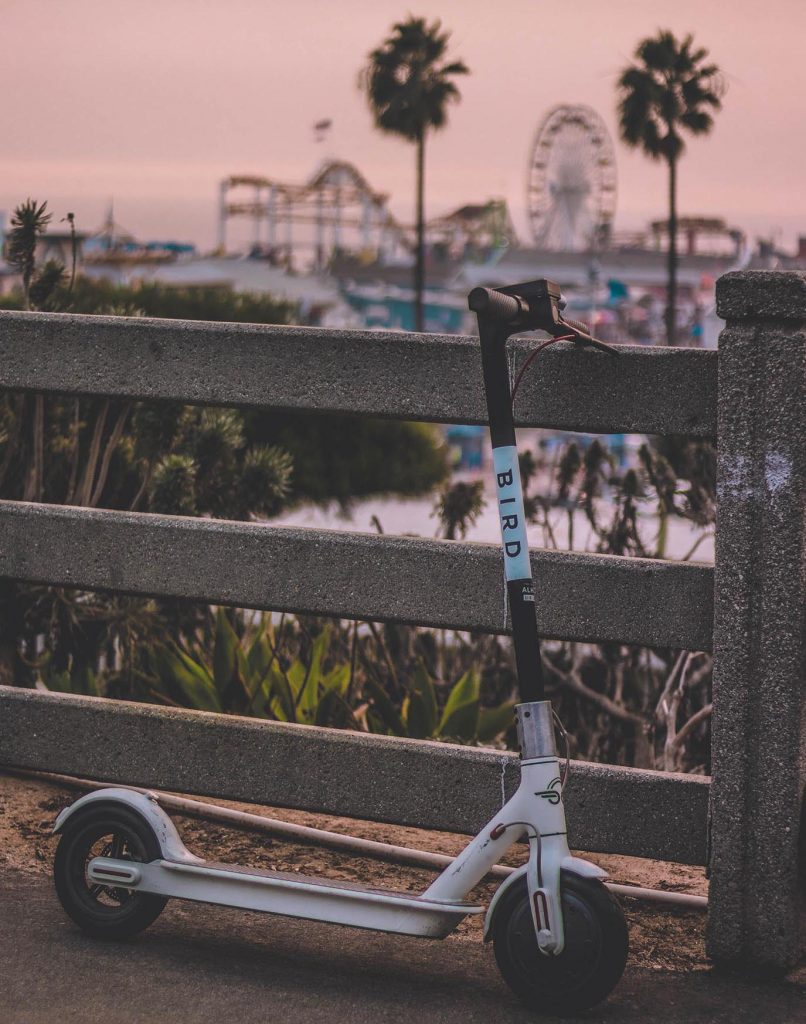 Even though city officials have established regulations for proper use and operation of dockless mobility devices, non-compliance by users has resulted in safety issues. While the magnitude of the problem isn’t completely understood, the primary focus of this solution was to find a way to incentivize e-scooters to operate these devices on public roadways in bike-lanes while avoiding pedestrian pathways. Through market and technology research, the DxHub discovered a next-generation dual band GPS receiver chipset, which has an advertised location accuracy of 12 inches in urban environments. The initial goal was to detect and reduce throttle power when the e-scooter was operating on sidewalks. Ultimately the observed GPS accuracy around structures was off by 10-15 ft and wasn’t sufficient for this approach. With help from student employee Casey Johnson, the team evaluated another approach. This involved using an accelerometer or inertial measurement unit (IMU) to classify differences in surface texture between sidewalks and roadways based on the distinctive difference in gaps of sidewalk concrete. 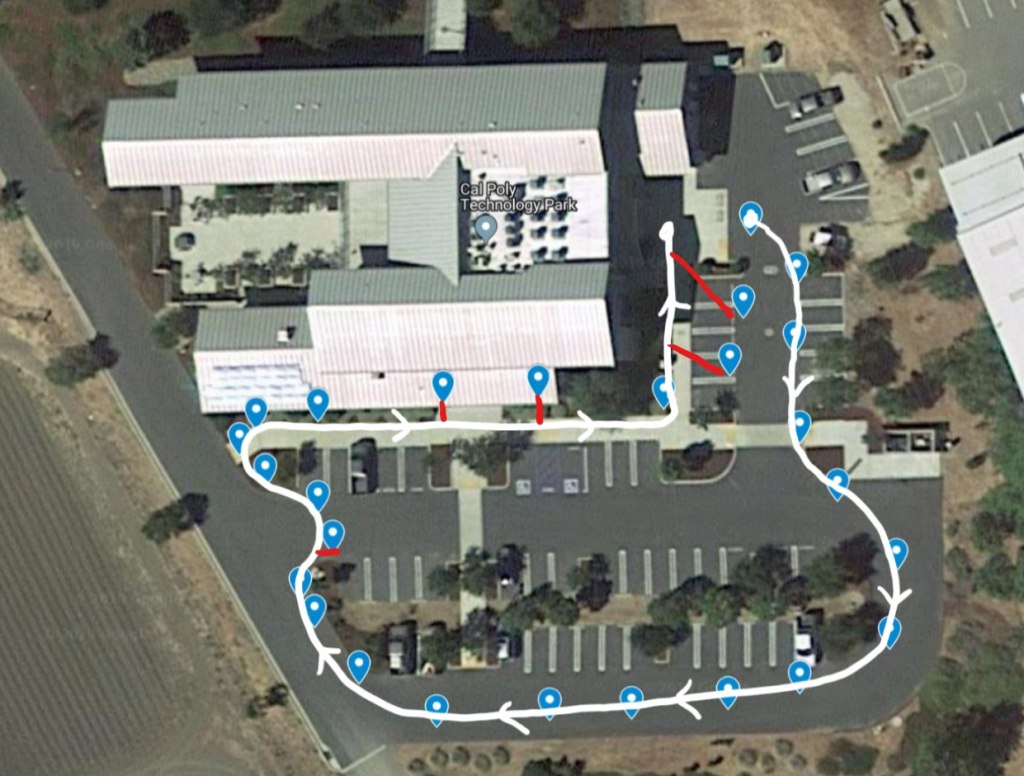 By using a cell phone with a built in IMU, Johnson wrote an application that sent data through Amazon’s API Gateway into Amazon’ Kinesis for analysis based on data polled from the on-board chip. Using Amazon’s Lambda to process the data, Johnson was able to evaluate and detect gaps on the sidewalk by reviewing the periodicity of spikes in the data, then classifying the surface based on the consistency of the periods.  To augment this solution, GPS data was used to build a composite score that would take input from both the GPS unit and the IMU to make a final determination. This approach could potentially yield more accurate results but more testing would be required and would necessitate GPS coordinate data from the cities network of sidewalks. Given the progress made in such a short period, the team decided to implement this design on an actual scooter.

The team ordered an inexpensive electric scooter and had it shipped to the DxHub the next day. Using just an Arduino nano and a $0.50 IMU chip, Johnson designed and fabricated a lean prototype device that would incorporate the surface classification algorithm and shutdown power if the device sensed it was on a sidewalk. As was done with the phone, the device polled the onboard IMU then evaluated successive periods of consistent bumpiness to conclude sidewalk like features. Once the device detected successive periodic bumps, the Arduino would instruct the solenoid to disconnect the throttle power. The device was programmed to cut power for five seconds when a sidewalk like surface was detected.

The result of this experiment demonstrated how IMU chips can be incorporated into dockless mobility devices to discourage operation on a sidewalk. 25 test runs were conducted on 4ft, 8ft and 10ft sidewalks. Test run data indicated that the device correctly identified sidewalk like surface 92% of the time within 10 meters of riding, and with 100% accuracy within 20 meters of riding. When testing the device on alternate surfaces, Johnson recorded one false positive. It is important to note that Johnson’s prototype was developed over the course of two weeks and should be fine-tuned to further account for variations in surface conditions.  We believe this prototype demonstrated proof of concept, that e-scooters could be inexpensively and easily modified to deactivate when riding on pedestrian pathways.

Amazon’s Working Backwards process results in several artifacts that help inform and guide the end result. Below is a description of each and their purpose in the process: