By examining these data sets, the team aimed to answer three questions:

The students used two tools to conduct their statistical analysis: RStudio and ArcGIS. RStudio was used to organize and sort data, clean up spelling errors, input latitudes and longitudes of crime locations, and correctly format penal codes, while ArcGIS was used to conduct geospatial mapping and heatmaps based on datasets documenting committed crimes.

Findings – High-density juvenile crime areas account for 21% of the city but take up approximately 41% of the zones within a half mile radius from a school. When tested using statistical processes, it was found that high-density juvenile crime areas are disproportionately close to high schools. Research also indicates that less than 5% of the crimes are committed by juveniles under the age of 13. The team considered this research and using ArcGIS were able to further focus the scope of their analysis to crimes within a half mile walking distances from high schools. (Figures 2, 3, 4, 5).  Using this new scope, the students found that juvenile arrests are 2.7 times more likely to occur within this zone than outside of it. 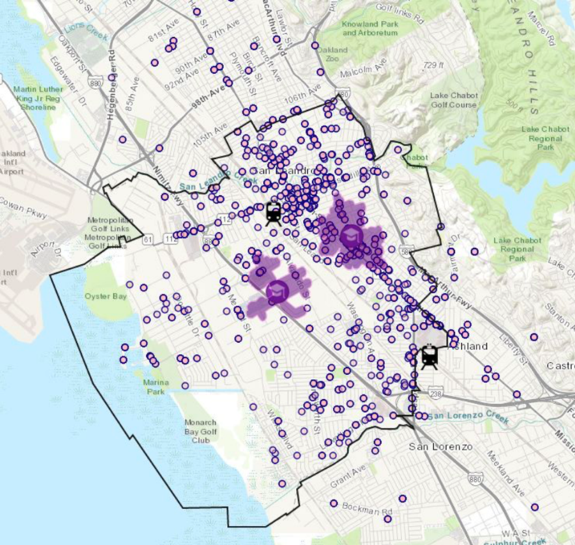 Figure 4: ArcGIS heat map of crimes that have occurred within a half mile radius from high schools.

Upon the conclusion of their research, MacLeod, Lang and Bourquin presented their findings to SLPD analyst Denise Joseph. According to Joseph, MacLeod, Lang and Bourquin’s analysis of over 40,000 crimes will provide insightful information about the city’s crime patterns, and assist the department in finding more effective ways to delegate their resources in the future.  In addition to providing SLPD with pivotal information that can assist in lowering crime rates, Joseph believes that the research conducted by their team has greatly impacted her professional growth.

To read more about the SLPD Evidence-Based Policing project here.