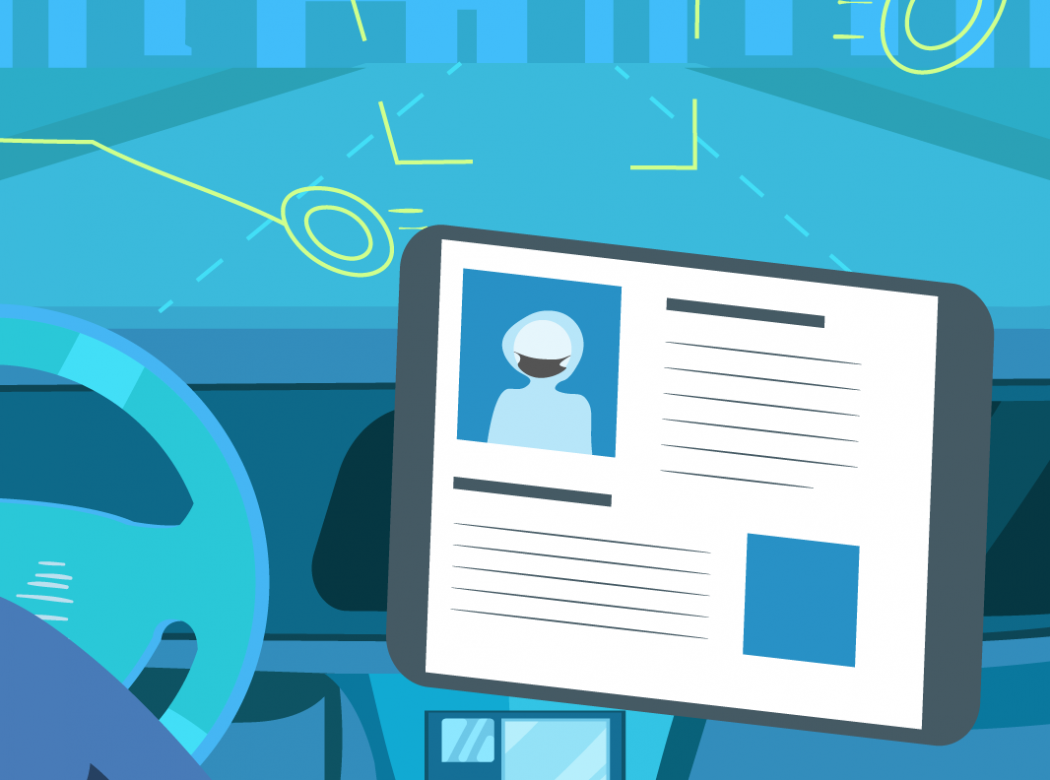 To use their in-car computers, most law enforcement officers use a traditional mouse and keyboard. This can lead to unsafe driving practices that endanger both the officers and the public. Even in non-driving situations, using keystrokes takes focus away from important activities when officers are trying to multi-task during enforcement interactions such as routine traffic stops. ICPD recognized this public safety risk and decided to protect both their officers and citizens by requiring that the computer screens in squad cars automatically black out when the car reaches a certain speed. While exploring alternative ways to retain search functionality while on the go, ICPD chose to explore the potential implementation of voice assistant technology. ICPD also understood the needs and unique circumstances of officers in the field, and believed they would benefit most if they could lookup license plate and driver’s license numbers using their voice to run queries.

Like most professions, technology is revolutionizing how law enforcement officers do their job. While squad cars have always functioned as officers’ base of operations, they now contain computer-aided dispatch systems (CAD), which provide officers with rapid access to important police database information. CAD systems are used to search license plates, drivers’ licenses, and identification cards from police databases while on the go. These CAD systems are considered an invaluable and necessary tool for most officers but still rely on keyboard input which can be difficult to use on the go. With this in mind, the Iowa City Police Department (ICPD) partnered with the California Polytechnic State University’s Digital Transformation Hub (DxHub) powered by Amazon Web Services to develop a prototype to demonstrate how their CAD system can be improved with the use of voice commands.

Law enforcement officers’ in-car computer systems use software to assist the officers in finding out essential information on the go. One popular category of this software is the computer-aided dispatch (CAD) system. The CAD system has many features such as the ability to search license plate, driver’s license, and identification card information from state databases. This is done so that officers know who they are interacting
with, if a car has been reported stolen, etc. These checks are usually performed with a keyboard which can create a distraction for an officer who is on the go. With VALS, officers can now simply state a search target out loud using the traditional and widely used police phonetic alphabet (Adam = A, Boy = B, Charles = C, etc). If they need to check the status of a vehicle registration, driver’s license, or identification card, all they need to do is speak. VALS uses AWS Transcribe and a custom dictionary to convert the verbal message spoken in the phonetic alphabet to an accurate text string that the CAD system can use to run the query and report results. This improves efficiency for officers while minimizing the risk of distractions while driving or while protecting the community.

The ICPD contacted the DxHub to explore how they might use voice-activated technology to improve the safety of CAD usage while driving. A key design requirement for the prototype was to allow officers to lookup both drivers’ licenses and license plates using the well adopted ‘police phonetic alphabet’ (A = Adam, B = Boy, C = Charles, etc.). Initially, the team turned to Amazon Lex to complete this project. While this did work, our accuracy in translating voice to text was not very high due to Amazon Lex being a platform that was designed for creating chat bots, not simple voice commands. It also did not perform well with the police phonetic alphabet which, in a lot of cases, uses names instead of English words. After considering alternatives, the team landed on Amazon Transcribe which was specifically designed for Automatic Speech Recognition and turning audio conversations into text. Furthermore, Amazon Transcribe supports custom dictionaries which dramatically improved the accuracy of the phonetic alphabet by allowing the team to specify the police phonetic alphabet beforehand so the service would be better at understanding those words. Using a local Java program, the spoken audio is streamed to Transcribe, which then transforms the phonetic alphabet message, spoken by the officer, into a string. This string is then formatted in such a way that the CAD system can perform searches based on the officer’s message. Using Voice-Activated License Search removes the need for law enforcement officers to use a keyboard and mouse while driving, allowing them to focus on their surroundings at all times. This product demonstrates the potential of voice command processing in fields where it is not often considered. Voice-Activated License Search will help keep the Iowa City community safer while assisting officers in focusing on the important aspects of their jobs. 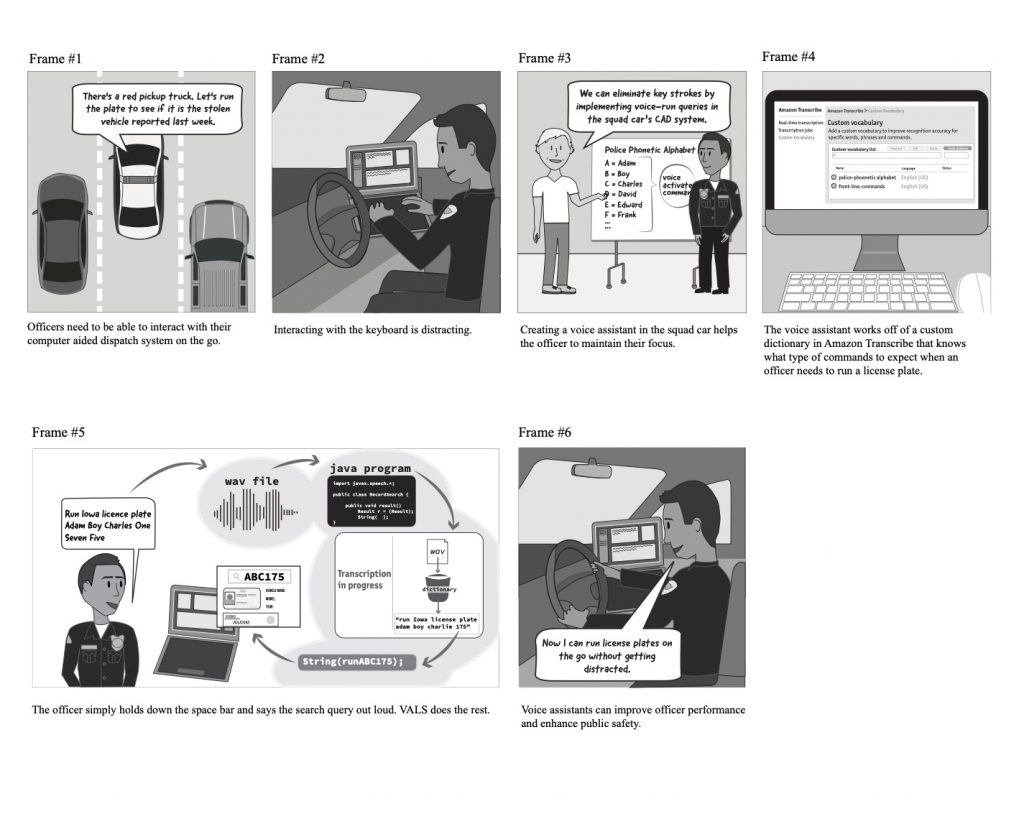 Amazon’s Working Backwards process results in several artifacts that help inform and guide the end result. Below is a description of each and their purpose in the process: